How can we help you?

Interesting concept in the following article:

In a world where the popular cosmetic product has become ubiquitous, it isn’t a question that many people stop and take the time to consider. That is, except for Richard Russell.

”There are a lot of ways that cosmetics could be worn,” Russell said. “Why do we have to make the lips redder? We could be using nose stick and ear shadow.”

Russell, a psychology professor at Gettysburg College, has been thinking about these questions for a long time and now he finally thinks that he has some answers.

Along with Aurélie Porcheron and Emmanuelle Mauger of the Chanel Research and Technology Epidermal and Sensory Research and Investigation Center in France, Russell recently finished a yearlong study analyzing the effects of facial contrast on perceptions of age. In the end he was able to scientifically prove why modern-day make-up is so popular — it makes women look younger.

For his study, Russell and his team took 300 photos of adult Caucasian females and, using Photoshop, manipulated the images so that the contrast between their lips, eyes, and eyebrows were increased when compared to the rest of their faces. He then asked research participants to look at the original image and the distorted image side-by-side and to determine which image displayed the younger woman. Another group of participants were only given one image, and without knowing if it had been distorted or not, were asked to guess the age of the woman
in the photograph.

”Almost all of the subjects picked the pictures with increased contrast as younger,” Russell said.

Russell and the other researchers used this information to surmise that as an age indicator, facial contrast is about one-third as strong as wrinkles. This is pretty significant, Russell said, to think that most people aren’t even aware of facial contrast.

Another surprising thing that Russell found is the impact that darkening or lightening the lips, eyes, and eyebrows have on facial appearance as a whole. As researchers, Russell and his colleagues knew that all they did in Photoshop was change the intensity of the lips, eyes and eyebrows, and yet doing so seemed to change the appearance of the entire face.

For the cosmetic industry, that is exactly the point.

”The point of why cosmetics are worn the way they are is to make the face appear more youthful,” Russell said.

Other studies have found a strong relationship between how female a woman’s face looks and attractiveness, he added. Russell took this concept a step further with one of his earlier studies when he discovered that female faces naturally have a greater contrast between eyes, lips and the face than do male faces. Following this line of logic, dark make-up placed on the eyes and lips makes women look younger and more feminine and therefore, more attractive.

”There is some degree of biological underpinning in the way cosmetics are worn,” Russell said.

But for Russell, the facial contrast studies have more implications than just make-up.

”We treat people differently based on whether they are older or younger than us,” Russell said. “This points out a sign of aging that we hadn’t been aware of.”

The study is the first that shows that older faces lose the contrast between their skin, eyes and lips, which has real-world consequences in the ways that individuals perceive others, Russell said.

And of course, it finally answers that pesky lipstick question.

Be the first to receive our News and Specials

Did you know cold weather can lead to increased se

Monthly Specials are back! Don't miss out on our A

The Q- Switched Laser is effective in targeting pi

Dermal fillers have been used for many years to fi

Glutathione is one of the most powerful antioxidan

Our clinic tap into advanced technology and utiliz

As we all settle into the WFH (work from home) rou

Major lifting and tightening in process with the U

Open and enlarged pores are a problem experienced

The Co2 Lift, the newest treatment we offer. The

👄👄👄 The lips play a dramatic role in the

The Ultraformer III V- Shape procedure is a slimmi

Non surgically rejuvenate your eyes! At the Beauty

We are happy to introduce our new range of skincar

Dr Daniela Bitlan is renowned for her expertise in

An awesome review from one of our precious clients

Look fresher, plumper and younger with no downtime

Speed your way into the Beauty Clinic to maintain

Don't miss out, offer ending soon!! We are excite

Profile correction with the new generation of Derm

Don't miss out on our specials again! 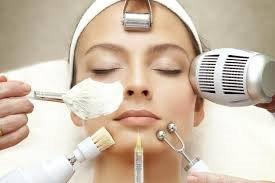 Excellence in Aesthetics
Your information will *never* be shared or sold to a 3rd party.
How can we assist?

Please fill our short form and one of our friendly team members will contact you.